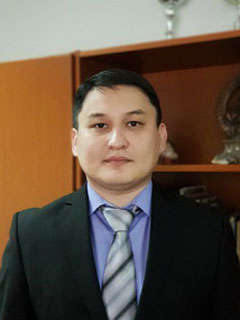 Oh, Universe, what a marvelous circle you are – some things you destroy, others reviving so far (Ferdowsi)

In this article, Ulan Batenov, Manager of MinTax LLP Legal Department, considered innovations in customs administration introduced in 2018, in particular, practical issues related to the implementation of the automated system of customs and tax administration ASTANA-1 (ASYCUDA):

From year to year, we are witnessing major integration processes carried out by the Republic of Kazakhstan in many spheres in pursuit of the national interests.

However, it should be noted that such integration processes, opening very good prospects for Kazakhstan, impose certain international obligations which are successfully dealt with by our Republic.

These obligations also affect such sphere as customs administration.

On 29 December 2017, the Chairman of the State Revenue Committee of the Ministry of Finance of the Republic of Kazakhstan issued the Order No. 597 “On certain issues related to the pilot implementation of the Integrated Customs Component of the Automated System of Customs and Tax Administration (ASTANA-1) (2nd stage)” (the “Order “).

The objective of the Order is to ensure a gradual implementation of the Integrated customs component of the Automated System of Customs and Tax Administration (ASTANA-1) (hereinafter – “IS”) as a replacement of the existing CAIS-2 and COU.

“What are the international obligations?” – you may ask.

The matter is that IS was developed on the basis of the customs declaration platform of the United Nations Conference on Trade and Development (UNCTAD) – ASYCUDA.

The IS development project is carried out in accordance with the agreement signed in September 2015 between the State Revenue Committee of the Ministry of Finance of the Republic of Kazakhstan and the United Nations Conference on Trade and Development (UNCTAD).

Thus, in accordance with paragraph 3 of the foregoing Order, the territorial bodies carrying out the customs clearance of the goods shall:

The gradualness of IS implementation is expressed in the fact that it applies from 1 January 2018 only to Export customs procedure (EC-10).

Thus, all participants of foreign economic activity (hereinafter – “FEA”) who placed the goods under Export customs procedure (EC-10) from 1 January2018, in one way or another, have encountered with IS work and innovations.

In addition, it should be noted that some new regulatory acts were adopted as well, which serve as a guidance for FEA participants from 2018, in particular–the Code mentioned earlier in this article, and the Procedure for the performance of customs operations related to release of goods, suspension of goods release, refusal of goods release, and the annulment of goods release, approved by the Decision of the  Board of the Eurasian Economic Commission #188 dated 19 December 2017 “On certain issues related to release of goods”.

However, let us return to the topic of the article. Difficulties faced by the participants of foreign economic activity were caused not by the application of the norms of new normative acts, not by any legally unregulated aspects of IS application, but  by technical issues related to the use of IS.

In particular, the Operational Procedure for State Revenue officials in the performance of customs clearance of goods placed under export customs procedure (EC-10) by means of the integrated customs component of the Automated System of customs and tax administration ASTANA-1, which is the Annex 1 to the Order, prescribes issuing an electronic customs declaration  (ECD)  and issuing a paper customs declaration (PCD) with the declaration being loaded to IS.

And the most part of the problems were caused by applying the second approach.

In practice, there were cases when customs authorities issued customs declarations with a release note, but due to some reasons, data was entered to IS much later. And therefore, FEA participants faced differences between the paper declarations and electronic data loaded to IS, which resulted in the cargo being delayed when crossing the customs borders of the Customs Union.

In this regard, we recommend that FEA participants, when placing goods under the customs procedure, should satisfy themselves as to whether data specified in the paper declaration conform with the electronic data in IS and what data is actually specified in IS,  and only after that begin the physical transportation of the goods.

Such measures are required to avoid the goods being delayed at any stage of its transportation and to avoid problems with the customs services of both the Republic of Kazakhstan and other states of the Eurasian Economic Union.

For the sake of justice, it should be acknowledged that these difficulties are inherent only at the stage of implementation, like everything new. And we hope that over time, IS will meet expectations of all FEA participants.